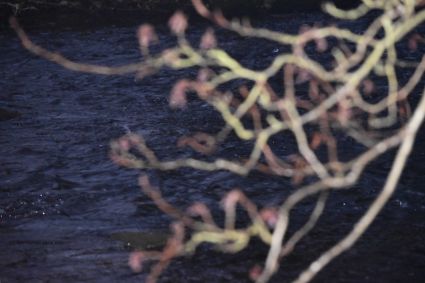 Doesn’t this line from Eliot’s Burnt Norton take us into the play of, and his play with, words in The Four Quartets? In running, climbing, cycling and other everyday activities that in someway are considered to give us some freedom, should we not be concerned in the name of freedom about the possibility of the play of language and our various play with words in these discursive practices?

Returning to Eliot, does the symbol of the bird not bring with it its own epiphanies: as a figure of freedom and grace in taking to the air with such playful ease, it continually reminds us, surely, of our own limitations. The choral song of the blackbird may be all we know of its existence when hidden in the hedgerow. But, spiritually hasn’t its black colouration been associated with the unfolding of supernatural powers of Thanatos? The goldfinch’s arrival with the dawning of spring, Vivaldi, of course, has immortalised in his Four Seasons.

Eliot’s bird, too, is always on the move. For Eliot the bird is a mark of the natural world order, itself full of children – hidden excitedly, containing laughter. In philosophical writings, literature, poesy and so on, children have sometimes, as here, symbolised the imaginative freshness of young people born into life: always with the capacity to say and or do something new. The unexpected. The young child’s capacity for play is sometimes seen as almost insatiable. Sitting comfortably on my back in a rucksack, many years ago, for example, my young daughter, Connie, in looking out across a stream in County Durham to see a wall of pine forest on the opposite side asked me: “is that Canada over there, Daddy!”

Eliot’s bird, then, could be seen as a figure of cultural renewal. Thinking in this way, too, isn’t play open to us all – adults and children alike? Sure – our institutions all variously close down on the possibilities of play, so that as we move towards adulthood, aren’t we generally encouraged to leave play behind in the kindergarten, for so many more pressing, serious matters? But, aren’t there some real dangers for us, here?

What does it mean to keep things in play, anyway? Could play have any larger significance for us?

Here, in reflecting back on a short evening’s run let’s keep things in play on a run we had in the dark from Hathersage. It starts along the lane from below the Leadmill, just south of the village, and heads across the fields towards Grindelford following the river on the other side of the busy road that joins these two villages, before a style opens the way into some dense woodland. After a short run along a muddy path an obvious turning left in the forest enables us to climb steeply up and over a bridge looking down on the Sheffield – Manchester railway line, and then up again meeting with a rough track that heads back, in a north north-easterly direction, towards Millstone. But, in turning left down the lane, before we get to the main road, after a steep climb below the railway line this time we’re soon back onto the track leading us to the car. 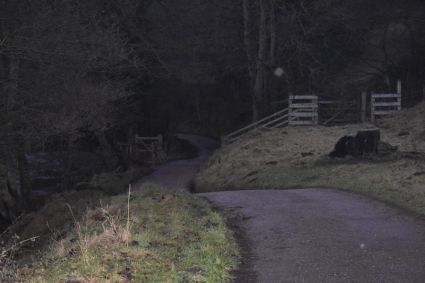 In the spirit of a beautiful, uplifting and memorable run, we wanted to keep in play everything around us. Rather than building metaphysical bridges over everything we see and feel, so closing possibilities down, might it be possible, in the spirit of a run, or some other activity that gets us excited, to let our words play in their own open spaces? 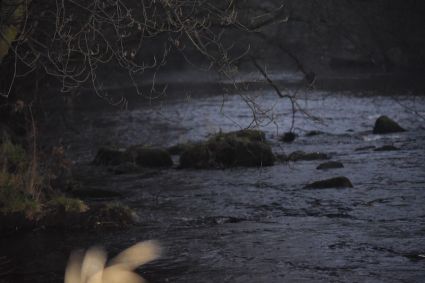 Let’s approach the poetic lines that follow in the next blog with a view of hundreds and thousands of signs that variously create pictures for us, sometimes shake our bodies, bodies where so many feelings well-up in us, always on the move in the play: sublime excitement in the infinite play of differences in hedge-rows, fields, woodlands, tracks… tonight we hear the wind in the trees, their branches straining and bending in the cold airs from oceans to the northwest. These many differences are hard to read in the dark; continually demanding much of the memory. 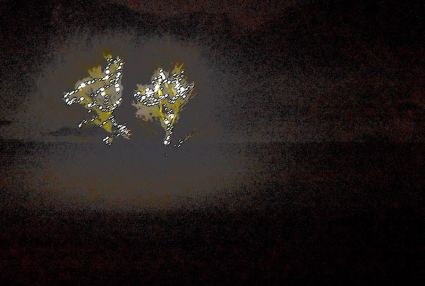 Isn’t that part of the magic of running in the dark? Even with a head-torch to guide our way darkness seems to press down on us from every side. In our Society of the Spectacle, the dark also creates its pageant, its very own show, which at the same time cultivates its own radically contrasting medium for us – one inhabited with shades of black and grey, where light is entirely limited to the narrow beams of our head-torches?

In this particular spectacle of the dark those connections between so many signifiers can become a little overwhelming. In the blog that will follow on from this we’ll just concentrate on one signifier: the leaves that have long fallen from their trees – we can trace something of their history, their transformations, and whatever such leaves have signified for us. Trace is a useful word here. Traces of things become obvious in the dark. But, that’s all we ever get, isn’t it, the trace of things we see, traces of those many differences that brings things into focus, even in the light? Don’t detectives in the best crime dramas keep reminding us of the many traces we lose or sometimes pick up each day? 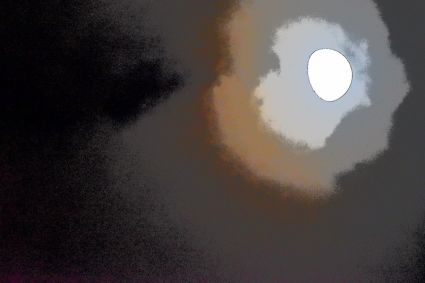 Such connections and traces of differences keep in play new possibilities, do they not?

Where are we human beings in all of this seemingly endless play?

Instead of placing ourselves, as engineers might do, as information managers might do, at the centre of particular and familiar everyday identities or information about the activities of: runners, walkers, climbers, cyclists, artists, photographers, visitors… here we are exploring the possibilities of de-centring ourselves in such identities.

In looking back at the opening lines to this blog, haven’t we been attempting to keep things in play, keeping things on the move in their seemingly endless possibilities? But, often in our everyday discourse, in identifying a ‘runner’, ‘walker’, and others, are we not moving to take control in the manner of the engineer by bringing these representations of people into the present? These representations act as metaphysical bridges over the flux of so many possibilities that can so excite us about running, walking, climbing, cycling and so on. 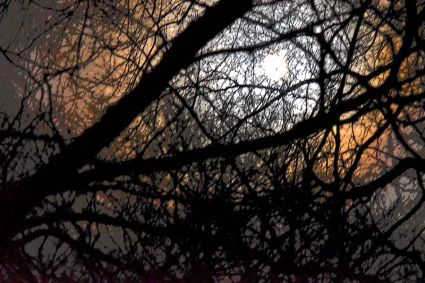 It’s what philosophers call ‘being as presence’, the “is,” its sublime naming force and gathering powers that brings everything into the present, so creating such bridges.

Granted, focusing in on the present can be exhilarating. But, doesn’t our very freedom as human beings involved in a multiplicity of activities in part arise from being able to keep in play not just things in the present, but in the past and in looking to the future as well? And, aren’t we variously interested in giving expression to differences arising from our own particular experiences? Aren’t we concerned, too, at times about things that seem unconditionally impossible to grasp – that no one can define using the powers of the is?

Granted also, our freedom as runners and so on arises not just because we can make an almost infinite variety of choices about what we do and where we do things. 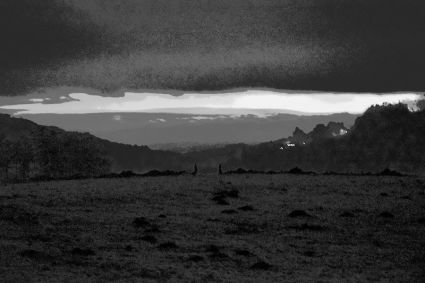 But in this age of information management, and in the context of moves towards the engineering and management of just about every aspect of our existence, should we not be more concerned to cultivate these other, more nuanced, but no less far-reaching freedoms we have to challenge the sublime naming force and gathering powers of the is?

There’s some justice, surely, in being able to give expression to the particular differences in space and time between what the information managers’ and social engineers’ represent as possible, and what is open to us, and what we understand as possibilities from our own experience in running, climbing, cycling and other activities. 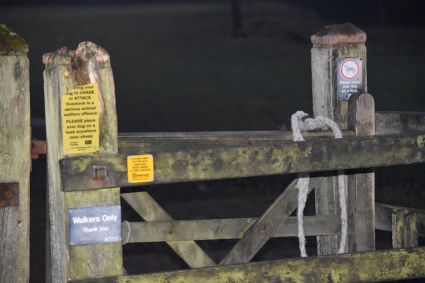 Any thoughts, suggestions, ideas and so on would be most welcome.

I look forward to hearing from you,